That was my reaction to hearing about my friend’s Christmas holidays.

At first, I thought it was very selfish to just up and leave and not do the traditional things with family and friends. How rude is that?

Then, I thought about it a bit more and thought there might be a method to the madness. I realised that there must be a lot I didn’t know about his personal life. Perhaps his year had been extremely stressful and he only had 1, maybe 2 weeks holidays to finish the year?

Perhaps there was a ton of in-family fighting that made socialising intensely uncomfortable? Perhaps he just wanted to escape the usual social obligations with friends, colleagues and family since we always tend to follow the same routines every year.

As you can clearly see I am a curious person, but I’m not curious enough to enquire into someone’s personal life unless they offer information.

It wasn’t until a few months later when I met him at the local supermarket that I got the answers.

My friend looked different, there was light in his eyes and  he looked more energetic, bright-eyed and relaxed. As we talked I asked him about his ski trip the previous Christmas.

I told him that I was intrigued by his bold decision to escape for Christmas and that skiing in some Alpine mountains sounds very Christmassy and fun.

He looked at me a little closer, perhaps weighing up the situation, and then told me that he has never skied in his life, and had actually gone to a rehab centre to stop drinking!

Obviously, at this stage, it was appropriate to tell him that I too was in recovery so we arranged to meet for coffee after our shopping duties. Like with all good relationships, a little honesty goes a long way.

We shared our experiences with each other in an open manner. In my experience, this always feels good.

It’s always a relief to realise that I am not the only one with problems. There is actually lots of people struggling with, dealing with, and recovering from addiction in many different ways. Here’s is what I took from our conversation: 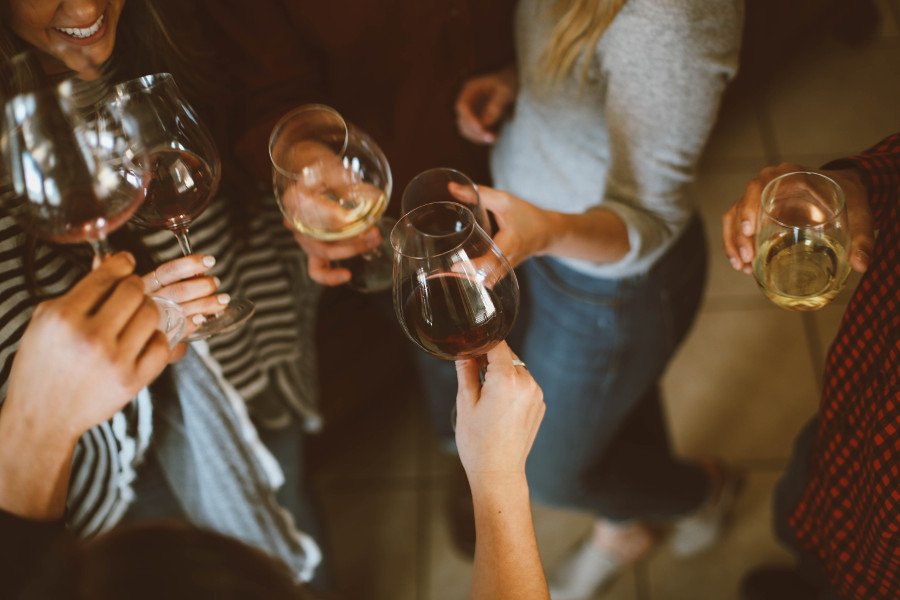 I’m going to go ahead and say it. Avoidance is good.

That is avoidance of social situations where an addict is offered alcohol or drugs (or food, addictive substances, etc..) or is in a situation where they can be tempted by them. Especially in early recovery.

It’s important to not challenge sobriety too intensely until the person in recovery has had some time to understand what is happening to them, to understand the solution, and to give themselves a little time to stop the noise in the minds.

So my friend and I both agree that his escape that Christmas was actually a clever ploy in order to help himself.

For the good of the family

Hmmm.. I had to ponder this one for a while. My friend admitted to me his relationship with his family had broken down because of his drinking. His wife was complaining, frustrated and his children seemed distant. He now realised that was his perception of the situation from a warped mindset. He told me that his major motivation in the beginning to seek help was for his family.

The chaos of life with addiction could be ignored by yet more alcohol abuse but the emotional turmoil at home really upset him, ultimately a catalyst for change. In was only later that he learned, in recovery, that in order to get recovery, he had to want to get sober for himself.

It is not until you becoming willing to change for yourself that   long-lasting recovery can be achieved.

BUT! We both agreed that his first motivation was enough to make the start!

One of the most interesting parts of the conversation was my friend’s recollection on his previous years’ experiences.

He was able to identify clear signs of addictive behaviour. For him, just like with many people, he used alcohol to medicate his feelings and not deal with any sort of emotional discomfort. For him, Christmas was bittersweet, a time to celebrate and abundance and with a touch of sorrow for those not with us.

He described drinking way too much at the office Christmas party, not remembering how he got home and couldn’t understand why one of his colleagues got so angry!. He remembered his mantra of “hair of the dog” to help get through Christmas Day and sweating profusely driving home from the pub on Boxing Day.

Somehow the thought of more of the same filled him with a sense of dread, so in desperation, he started thinking of the perfect excuse. It was actually his wife who came up with the white lie of a skiing holiday.

So, as she packed for a weeks visit to her parents with the kids, he booked 2 weeks in a rehab over Christmas and New Year. He candidly admitted: “At the time it felt extreme, but nobody wanted a repeat of last year”

Start the new year with hope

My friend looks up and to the left “the worst part of my first day sober was getting there”, expressing a remembered truth. “There’s so many unknown questions, so much confusion, self-doubt, anxiety and fear.. until you get there. To rehab.

Then when you arrive you sort of commit or at least pretend to commit, to give it a go, meet the staff, meet other people in recovery, and realise that this might work”. He told me that on the first day he decided to focus on change for the following year.

“The idea of starting a new year, sober and clean, gave me a sense of hope, that I clung on to in the early days”.

It’s in these situations we find second chances, that it’s not until we stop doing something that we see the effect it has on us and going skiing at Christmas might be the best decision you’ll ever make.

Camino Recovery is a private drug and alcohol rehabilitation centre located on the Andalucian Coast in Spain.

Sometimes the hardest step is reaching out for help but it’s also the most important.

We treat all of our clients with the utmost care, dignity and respect. Call now for a totally confidential, no obligation conversation with one of our professionals.

Whether you’re calling for yourself or someone you know, you needn’t suffer alone.

If you or someone you know could benefit from our services please do not hesitate to contact us.