You are here: Home / Alcoholism / The 12 Steps: a Spiritual Journey or a Religious Cult?

The 12 Steps: a Spiritual Journey or a Religious Cult?

Published on October 24, 2018 by David Scourfield

Published on October 24, 2018 by David Scourfield

The 12 Steps is a practical program designed to help those suffering from addiction in achieving sobriety and was written by a founding father of AA.

One of the more common misconceptions of AA is that it is a religious cult and whilst its origins are in religious organizations its evolution was in part to avoid that stereotype and allow the fellowship to be all-encompassing.

AA (the first 12 Step fellowship) began when two men (Bill W and Dr Bob) met to help one another in dealing with their alcoholism.

Their introduction was in part down to The Oxford Group, a Christian organisation based in the USA. Bill W had a few months sobriety and was asked to visit an Oxford Group member (Dr Bob) to see if he could help the doctor to overcome his alcoholism.

Dr Bob was resistant and said he would meet this guy for 15 minutes. They found a commonality and the meeting lasted for many hours. AA was borne. 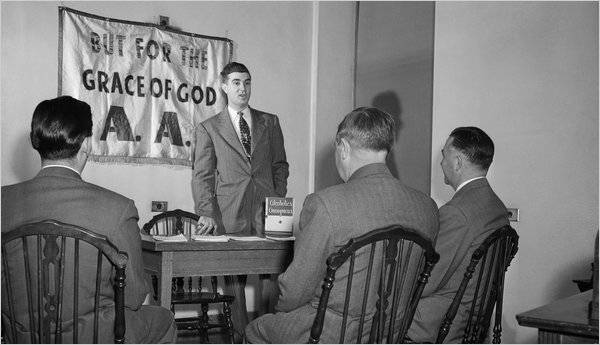 In establishing AA within the confines of the Oxford Group the early pioneers found obstacles to its growth.

The Oxford Group regarded Alcoholism as a moral problem and that alcoholics were bad people. Bill W didn’t believe that to be the case.

The concept of God as a figurehead and divine being failed to resonate with many they were trying to help.

In 1937 Bill W stepped away from the Oxford Group and Alcoholics Anonymous was established as its own entity.

In an earlier meeting, Bill W had met with an old school friend (Ebby T) who had got sober through the Oxford Group.

During this meeting and as a result of Bill W antipathy toward the idea of a God- Ebby suggested that he “choose his own conception of God.” Bill described the power of this in the chapter ‘Bills Story” (Pg 12 – pdf download here) of the basic test (Alcoholics Anonymous).

He talked of it ‘melting the intellectual mountain in whose shadow I had lived”.

More importantly, he realized it was only a matter of being willing to believe in a Power Greater than myself. Nothing more was required of me to make a start. This was taken forward into the fellowship.

The Steps were written in 1939 when Bill W wrote the basic text to AA.

It is true that these were borne out of the four absolutes and spiritual practices as used by the Oxford Group but adapted and expanded.

The word God is regularly used-both in the steps and in the book. It is commonly accepted that your God or “Higher power” is the one of your own understanding. Some believe that the continued use of the word God is a mistake whilst others believe that the First 164 pages of the Big Book should remain unchanged since it was written in 1939.

The 12 Steps work for all

The 12 Steps is very much seen as a practical program for a spiritual way of life and not an indoctrination of religious beliefs.

Many religions, spiritual teachings and philosophies use the 12 Steps. Buddhists, Muslims, Christians and Agnostics all practice it as a means of recovery. Some even work on the principle that ‘two heads are better than one” and use the meetings as a starting point for their spiritual growth.

It is not a religion. There are many different and varied definitions of Religion.

The Oxford dictionary defines it as “belief in and worship of a superhuman or controlling being”. Clearly, the 12 Steps would not fall into that category.

Spirituality is regarded as all-encompassing and whilst it can be found through religion it can also be found through personal growth and an exploration of our deepest values and beliefs. It can be used as a means to overcome fears that everyday living has created or as a means to become a ‘better person’. The 12 Steps certainly attempts to do that.

Spirituality is very personal and the best definition of it is your own definition. Everyone’s concept of A higher power is very different.